How does the Implementation of EIP 1559 Impact Miners? 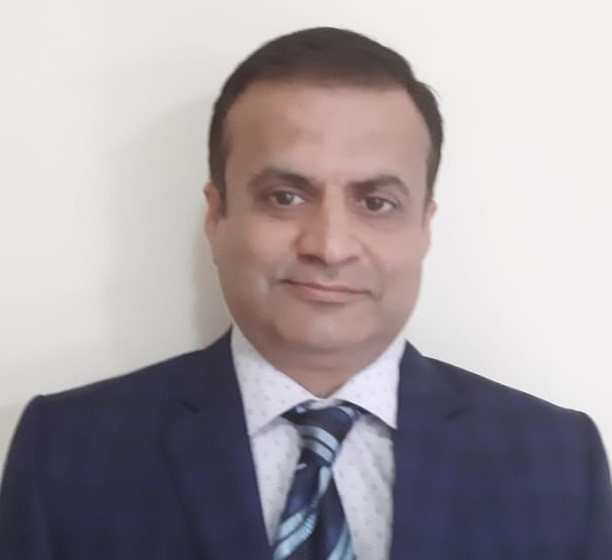 How does the implementation of EIP 1559 impact miners?

The curiosity would arise as to what exactly is EIP? EIP, also known as Ethereum Improvement Proposals, was proposed and has been in the works and is now ready. The number 1559 is nothing but a noting number or proposal number, so there is no rocket science behind it. The majority of EIPs focus on improving technical details. They are not widely discussed outside of the core Ethereum developer community. EIP 1559 is an exception because this proposal has some big implications for the Ethereum monetary policy and client applications such as wallets. EIP 1559 describes changes to the Ethereum fee model.

To understand the Ethereum fee model's changes, let us first understand the working of the current fee model. The current fee model works in auction fashion, also known as the first-price auction where the user makes a transaction and wants the miner to pick up that transaction for adding it into the block, for that the user is willing to pay a certain price for that particular transaction also known as gas price. The miners are incentivized to pick up transactions by sorting them by the highest gas price being paid; hence the highest offered gas prices are picked first, which can be quite inefficient as these users usually result in overpaying for their transactions.

This model is also a drawback in the case of the situation of the wallets. MetaMask(wallet) makes the user choose between Slow, Average and Fast confirmation time or specifying the gas price manually, unpropitious users who might get unlucky when they pay default fee and by the same time the gas price may see a spike, this may keep the user waiting for a longer period to have their transaction confirmed. This is not at all an ideal scenario from the user experience perspective, and this is where EIP 1559 kicks in.

EIP 1559 also introduces a Miner Tip, which, as the name states, is paid to the miner to incentivize them so they can prioritize the transaction; this process is very much like the current mechanism where the miners are being incentivized with a high gas fee which is necessary for transactions that need a quick confirmation.

Let's see how the EIP 1559 model compares to the existing model in case of network congestion.

Imagine the minimum gas fee to be included in the previous block was 30 GWEI. The network traffic does not seem to change at all. Hence the users who want to perform a transaction and wish to be included in the next block also start paying the same gas fee (30 GWEI). Simultaneously, suppose any undesirable activity occurs, for that case, e.g., a highly anticipated token is launched, which causes users who wish to buy it to increase their bids so that they could be included in the next block, the minimum required fees would ramp up to 60 GWEI. If the network traffic remains high for multiple subsequent blocks, then the users who paid 30 GWEI as the gas fee may wait for nearly a longer duration; due to this, the block size would be cut to half that is 12.5 Million gas, the only way to get into the block would be to bid higher than 60 GWEI. This could turn out to be an issue for the user who bid 30 GWEI.

Considering the same scenario as above, with the previous block having a base fee of 30 GWEI, the network traffic was at 50%, with almost all the blocks using 12.5 Million gas which is half of the maximum gas limit, now with the introduction of a new token as we saw in the above scenario the users will pay a Miner Tip to the miners so that their transactions are included in the next block, due to this, the miners produce a block with a maximum capacity of 25 Million gas (now we have high network traffic). A spike in the number of transactions due to introduction of the token leads to an increase in the base fee in the following block and results in miners producing a block with 100% capacity. If the scenario remains same – high network congestion; subsequent blocks will have an even higher base fee causing a spike. If the scenario continues, the miners will keep producing full blocks along with an increase in the base fee. At one point, the base fee will ramp up to such a level which will drive off the users due to high fee causing the network to cool off and get in the normal range of below or equal to 50% hence reducing the base fee in subsequent blocks.

The base fee can only increase by 12.5% per block, which would take 20 Blocks which is about 5 minutes for the base fee to become 10 times and around 40 Blocks to become 100 times. If the first block's base fee is 30 GWEI, then the subsequent block's base fee with 100% capacity would be 33.75 GWEI. The entire scenario depicts how EIP 1559 can smoothen out the spikes in network fees.

Another way to think about it is, it basically swaps the high volatility in the fee prices for volatility in the block size. Because the increments and decrements are constrained, the base fee difference from one block to another can be calculated easily. This allows the wallets to automatically change the base fee according to the fee of the previous block.

To avoid the situation where the miners can conspire and artificially increase the base fee for personal benefits, the entire base fee is burnt, and the miner tip is entirely transferred to the miner.

This is a new concept introduced where fee cap can be decided by the users who want to limit the fee for a particular transaction instead of paying the present (running) base fee. In this case, a fee cap that is set lower than the current base fee may have to wait for their transactions to be confirmed until the base fee becomes similar to the maximum fee cap set by the user on their side. The fee changes are also backward compatible. All the Ethereum transactions would still work under the new fee system. However, miners would not directly benefit from the new pricing model. Changes proposed in EIP 1559 have a lot of implications, and some of them are quite severe.

Less Profit for the Miners

The miners in the current fee system receive both the block reward and entire gas fee; with recent high gas fee caused by defy, miners were able to collect more money from the gas fee compared to block rewards, even though in the past, block rewards were pretty higher compared to the extra fee collected from transactions. After introducing EIP 1559, the miners will be benefited from only block reward and miner tip. This is the reason why most miners are hesitant to execution of EIP 1559 and are strongly recommending pushing the changes to ETH 2.0

With EIP 1559, another implication that came into sight was Wallet Changes where the wallets no longer have to estimate the gas prices as in the current system; they can estimate and place the base fee based on the data from the previous block hence easing out the complications between wallets and users.

The base fee burning also raises major implications when it comes to Ethereum supply. Burning the base fee creates a feedback loop between the network usage and the Ethereum supply. More network activity is equivalent to more Ethereum burnt, which in turn causes less Ethereum available to be sold in the market by miners making the existing Ethereum more valuable. Burning Ethereum gives the users an advantage over the network by making their Ethereum scarce, hence paying less fee to the miners. This also gave a spark to the conversation about Ethereum becoming deflationary; well, that would be possible only when the block reward + miner tip is lower than the base fee burnt that would be the case, e.g., During the defy gas fee case when the network was under constantly heavy usage. One potential drawback that comes into the picture when considering burning the base fee is that the fact of losing control over the long-term monetary policy of Ethereum; with this, the Ethereum would sometimes be inflationary and sometimes deflationary, which does not seem like big trouble as maximum inflation would be capped at around 0.5-2% per year anyway.

It would not negatively affect the gas fee; it will optimize the fee model and smoothen fee spikes and decrease the number of overpaid transactions. The ways of decreasing the gas fee are still ETH 2.0 and Layer 2 scaling solutions. It looks like EIP 1559 is still a great chance for the Ethereum fee system. There are a majority of people in the community wishing for its implementation. There are yet certain challenges that the miners face, such that the miners are still unsure if it is ok to make a bigger block without making the whole network prone to Denial of Service (DOS) Attacks.

EIP 1559 belongs to the core category of EIPs, which means the change affects the Ethereum consensus and requires all the clients on the network to upgrade at the same time. With the implementation of EIP 1559, we ‘think’ that there is less probability for the prices of Ethereum to be affected negatively.

Here we post perspectives about the latest happenings in the industry, most of them also include personal experiences. Keep yourself updated!